Chess is a two-player strategy board game played on a chessboard, a checkered gameboard with 64 squares arranged in an eight-by-eight grid.
It is one of the world's most popular games, played by millions of people worldwide at home, in clubs, online, by correspondence, and in tournaments. 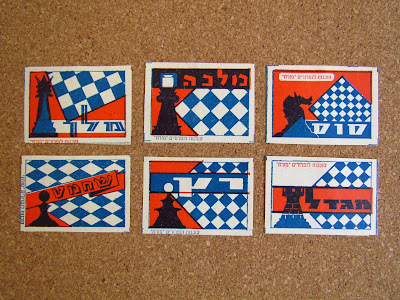 Each chess piece has its own style of moving. In the diagrams, the dots mark the squares where the piece can move if no other pieces (including one's own piece) are on the squares between the piece's initial position and its destination.

The king -
It moves one square in any direction. The king has also a special move which is called castling and involves also moving a rook.

The rook -
Can move any number of squares along any rank or file, but may not leap over other pieces. Along with the king, the rook is involved during the king's castling move.

The bishop -
Can move any number of squares diagonally, but may not leap over other pieces.

The queen -
Combines the power of the rook and bishop and can move any number of squares along rank, file, or diagonal, but it may not leap over other pieces.

The pawn -
May move forward to the unoccupied square immediately in front of it on the same file; or on its first move it may advance two squares along the same file provided both squares are unoccupied; or it may move to a square occupied by an opponent's piece which is diagonally in front of it on an adjacent file, capturing that piece. The pawn has two special moves: the en passant capture and pawn promotion.
(From Wikipedia, the free encyclopedia)
Posted by Arnon Reisman at Friday, July 26, 2013