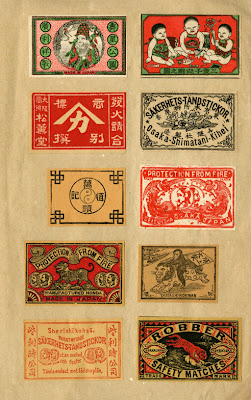 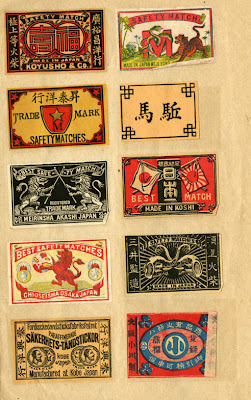 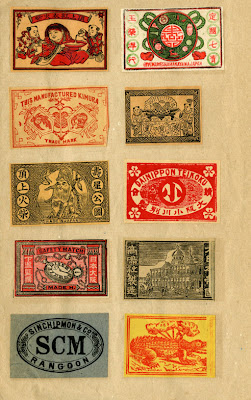 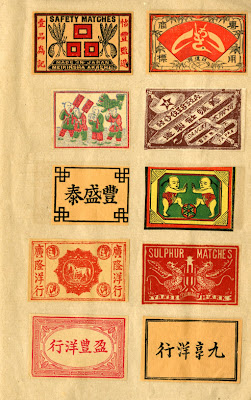 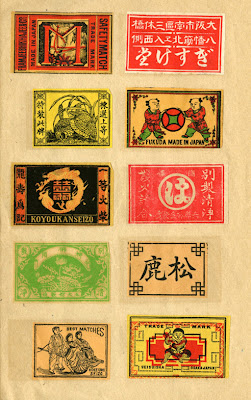 Source: One nation's love affair with matchbooks
Posted by Arnon Reisman at Tuesday, June 28, 2011 No comments: 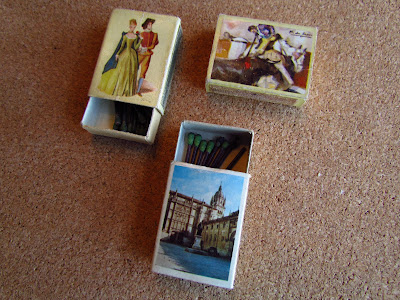 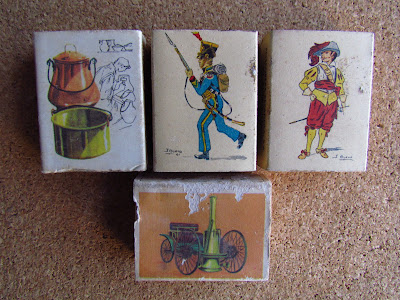 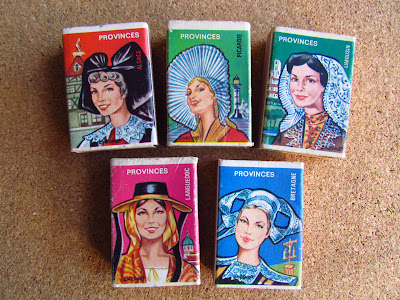 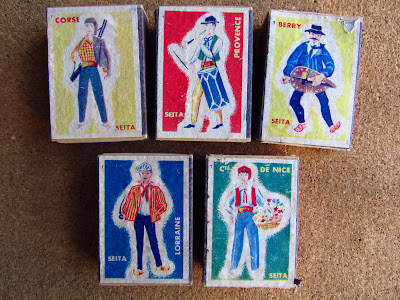 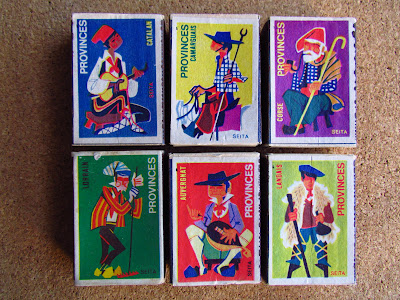 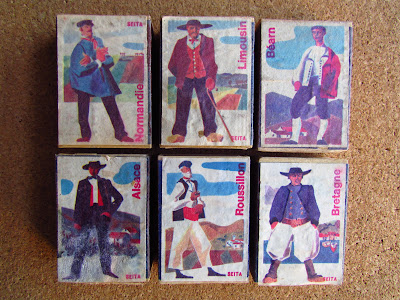 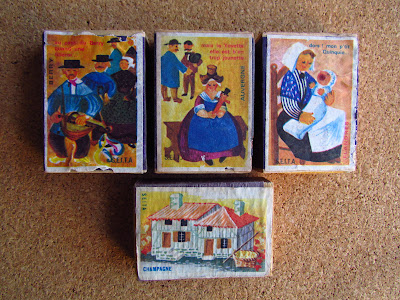 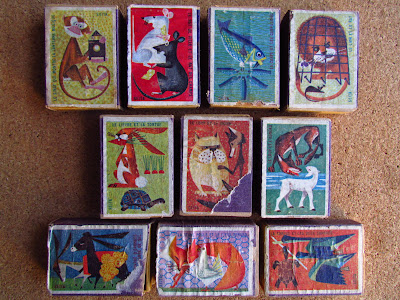 Email ThisBlogThis!Share to TwitterShare to FacebookShare to Pinterest
Labels: France

1. The World Of Matchboxes, Matchbooks & Matchbox Labels - by Manoj Sonalkar 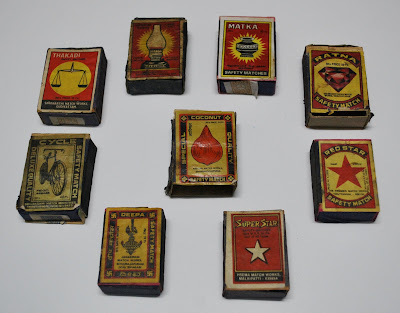 2. The Online Museum - by SHAKIL HUQ

Email ThisBlogThis!Share to TwitterShare to FacebookShare to Pinterest
Labels: Collectors' websites and blogs 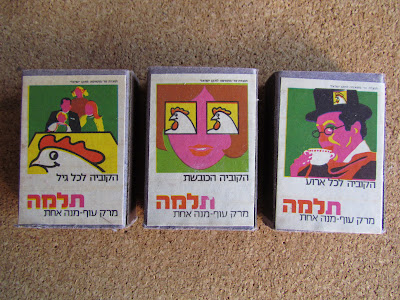 Email ThisBlogThis!Share to TwitterShare to FacebookShare to Pinterest
Labels: Matchboxes from Israel, Nur 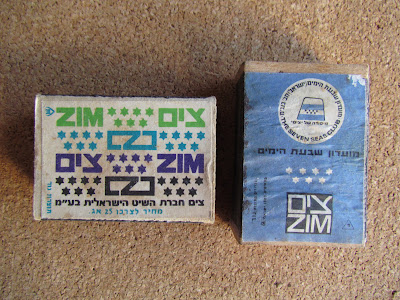 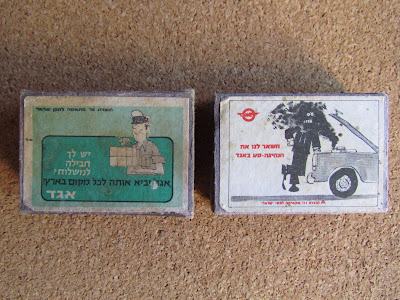 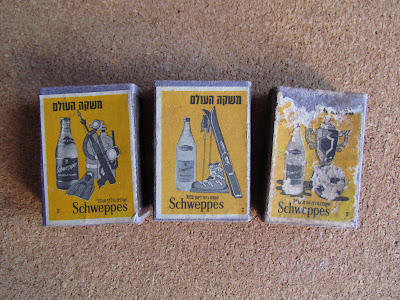 Israeli government propaganda of the 50's-70's 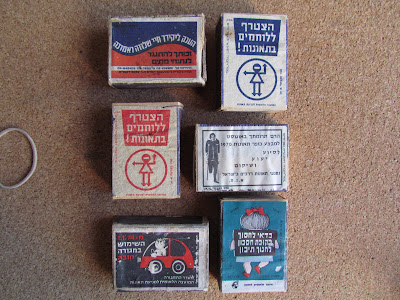 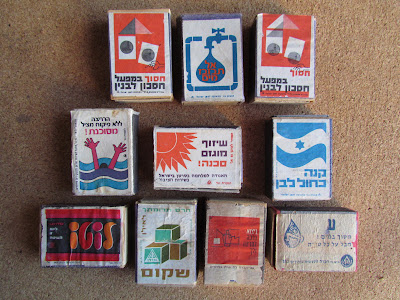 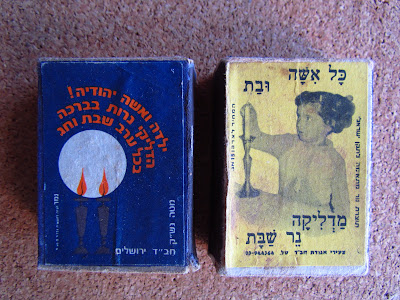 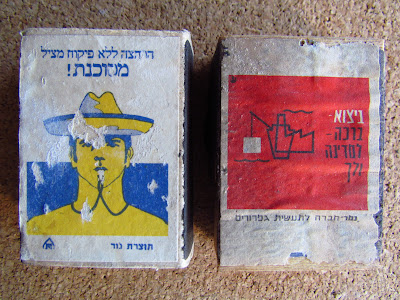 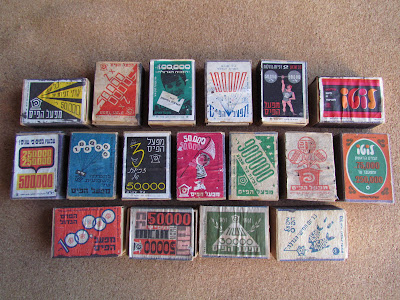 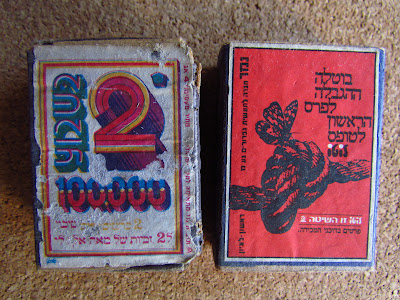 Email ThisBlogThis!Share to TwitterShare to FacebookShare to Pinterest
Labels: Matchboxes from Israel

Fruits and vegetables are good for your health !

Email ThisBlogThis!Share to TwitterShare to FacebookShare to Pinterest
Labels: Matchboxes from Israel

Link to the story:  http://blog.extensis.com/fun-and-games/phillumeny-is-the-hobby-of-phillumenists.php
Posted by Arnon Reisman at Thursday, June 23, 2011 No comments:

Posted by Arnon Reisman at Wednesday, June 22, 2011 No comments:

Email ThisBlogThis!Share to TwitterShare to FacebookShare to Pinterest
Labels: Matchboxes from Israel, Zodiacs

Posted by Arnon Reisman at Wednesday, June 22, 2011 No comments: 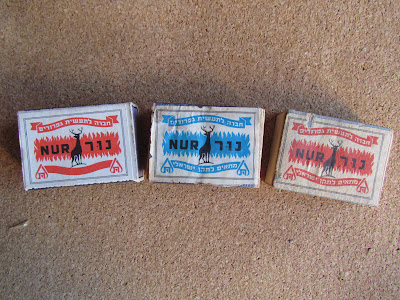 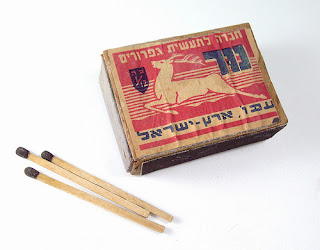 "Nur" ("light" in Arabic) match factory was open in 1924 in Akko in the Ottoman times building by Weizmann family (Chaim Weizmann later became the first president of Israel).

During the British mandate match production was under strict British control (the ingredients could be used for production of explosives to be used against the British).

Wooden and wax matches, produced at the factory, were sold in Palestine, Syria, Lebanon and Jordan. Wax matches were popular in Europe. During the WWII the factory was the only one in the Middle East and after proclaiming the Israel - the only one in the country.
At late 1960-s the factory was closed and the production transferred to newly-equipped Haifa factory. Till the end of 1990 the building was used as match warehouse (for Haifa factory and after its closer - for imported under "Nur" trademark).

In 1997 the machinery still kept in the building were sold to Brasilia.
The ruins of the old building still "decorates" the historical center of Akko
One of the factory logos

The above information about NUR was taken from the website The Virtual Museum    (all rights reserved)
Read more »
Posted by Arnon Reisman at Wednesday, June 22, 2011 1 comment: