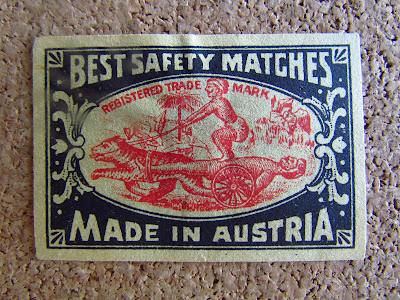 A very odd label depicts a native wearing a turban
that drives a cart that it's chassis is in the form
a man whose legs are stuck in a leash
of an Indian Tiger ... 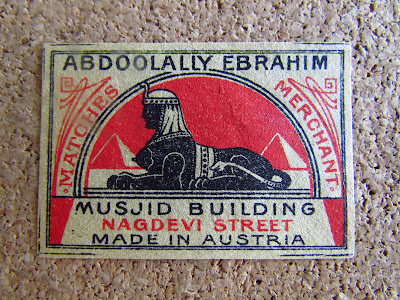 An odd label of a woman Sphinx Made for
Abdoolally Ebrahim, an Indian Muslim
Matches Merchant 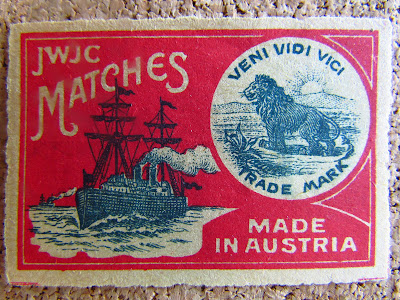 "Veni, vidi, vici" ("I came, I saw, I conquered"), Is a Latin
sentence reportedly written by Julius Caesar in 47 BC
as a comment on his short war with Pharnaces II of Pontus
in the city of Zela (currently known as Zile, in Turkey). 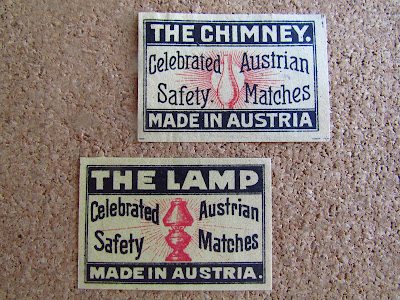 Email ThisBlogThis!Share to TwitterShare to FacebookShare to Pinterest
Labels: Austria