On the morning of February 8, 1904, under the command of Vice-Admiral Togo Heihachiro, the main body of the Japanese Combined Squadrons appeared off Port Arthur (now Lushun, in North-East China), Russia's ice-free naval base in Manchuria, and home to its Pacific Fleet. Shortly after midnight the Japanese launched a surprise attack against Russia's Port Arthur naval base. At 0028 hours, February 9, 1904, the Japanese fired torpedoes at the moored and anchored Russian ships. Before the Russian gunners could open retaliatory fire, the best battleships of the Russian Pacific Fleet, Tsessarevitch and Retvizan, and also the first-rated cruiser Pallada, were hit. Thus began the Russo-Japanese War of 1904-05. 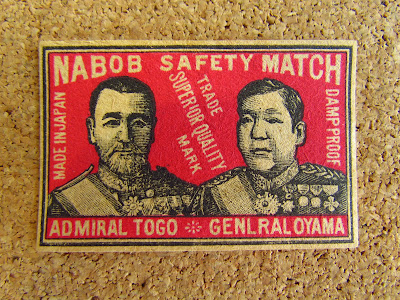 The conflict between Russia and Japan had its roots over the prior decade in the simultaneous ambitions of both Japan and Russia to develop 'spheres of influence' in Manchuria and Korea, mainly at the expense of China. After the surprise attack at Port Arthur, a series of quick Japanese victories, which astounded the world, soon followed. The Japanese were successful in their capture of Port Arthur (Jan., 1905), victorious under General Oyama at Shenyang (Feb.-Mar., 1905), and Admiral Togo's fleet defeated the Russian Baltic Fleet under Zinovi Rozhdestvenski, which had sailed a distance of over 18,000 miles to act as reinforcements, at Tsushima (May, 1905). The Russo-Japanese War ended, through the mediation of President Theodore Roosevelt, on September 5, 1905 with the signing of the Treaty of Portsmouth (New Hampshire).
The Russo-Japanese War brought recognition to Japan as a major world power. Russia's defeat in the war increased the Russian public's dissatisfaction with the Tsarist government and precipitated substantial social upheavals in 1905 - and ultimately led, as a consequence of the massive costs of the war, to the collapse of the Tsarist regime in 1917.

The early Japanese successes [in the Russo-Japanese War] made it easier for Japan, and harder for Russia, to obtain the foreign loans necessary for the continuation of hostilities - this was very much a "fight now, pay later" kind of war.
Source: http://www.rms-republic.com/conceal00.html All rights reserved. 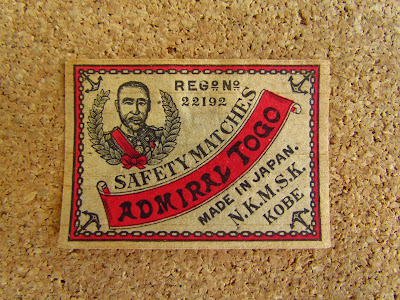