"Casper the Friendly Ghost is the protagonist of the Famous Studios theatrical animated cartoon series of the same name. The Friendly Ghost, the first Noveltoon to feature Casper, was released by Paramount in 1945.
Casper is a cute ghost-child with a New York accent, who inhabits a haunted house along with a community of adult ghosts who delight in scaring the living." - Wikipedia 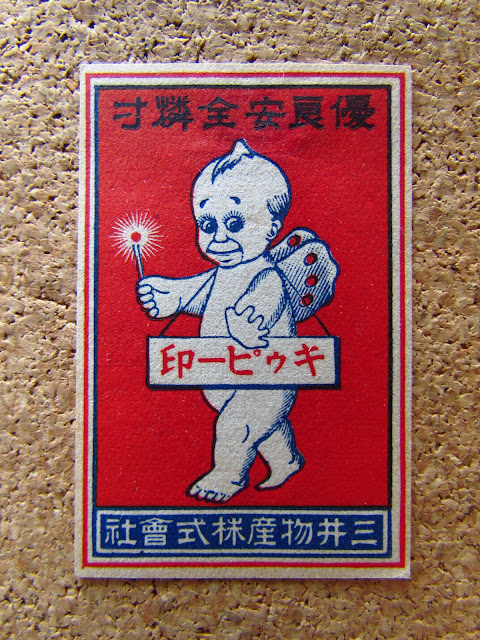 Email ThisBlogThis!Share to TwitterShare to FacebookShare to Pinterest
Labels: Cartoon, Japan, Matchboxes and Matches as a subject