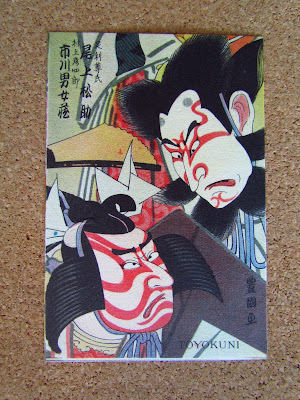 Utagawa Toyokuni (1769, Edo - February 24, 1825, Edo), was a great master of ukiyo-e, known in particular for his Kabuki actor prints. He was one of the heads of the renowned Utagawa school of Japanese woodblock artists, and was the person who really moved it to the position of great fame and power it occupied for the rest of the nineteenth century. 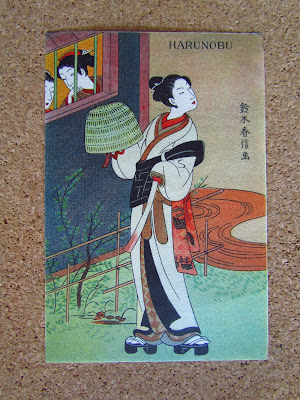 Suzuki Harunobu (鈴木 春信?, 1725? – July 7, 1770) was a Japanese woodblock print artist, one of the most famous in the Ukiyo-e style. He was an innovator, the first to produce full-color prints (nishiki-e) in 1765, rendering obsolete the former modes of two- and three-color prints. Harunobu used many special techniques, and depicted a wide variety of subjects, from classical poems to contemporary beauties. Like many artists of his day, Harunobu also produced a number of shunga, or erotic images. During his lifetime and shortly afterwards, many artists imitated his style. A few, such as Harushige, even boasted of their ability to forge the work of the great master. Much about Harunobu's life is unknown. 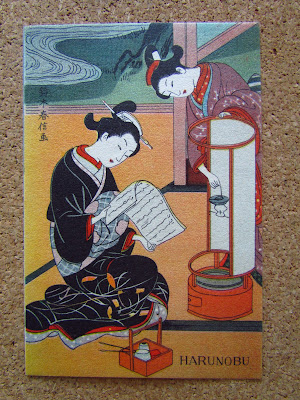 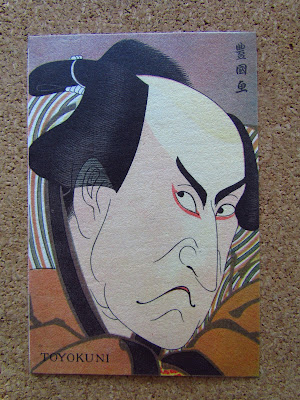 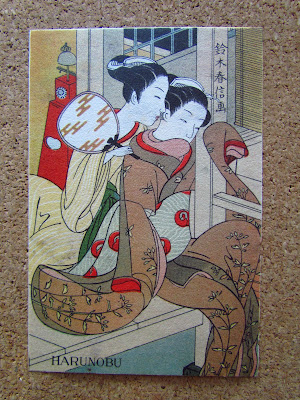 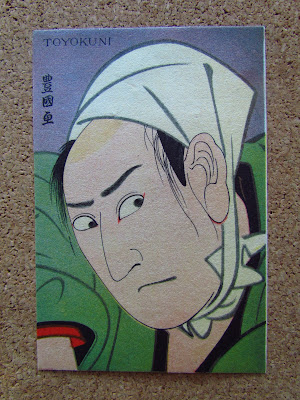