More Japanese WW2 Propaganda matchbox labels (some of them belong to my friend Yecheal Biskovits, and some of them from previous eBay auctions) )

According to the website psywarrior, "the Japanese WW2 Propaganda matchboxes were a nice medium for propaganda since it is very easy to place a message on the cover of the book. Starting with WWII, these matchbooks have been very popular as propaganda gifts".


Japanese aircraft first dropped matchboxes over the Philippine Islands in 1942 as part of their policy to control Asia under the ‘Greater Co-Prosperity Sphere." The labels on the boxes contained vivid images and anti-American, anti-British, and anti-Chinese text. 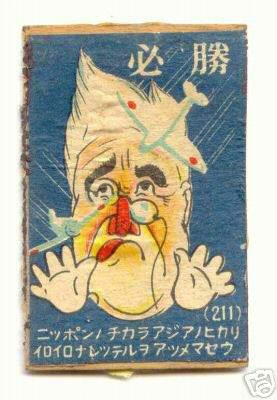 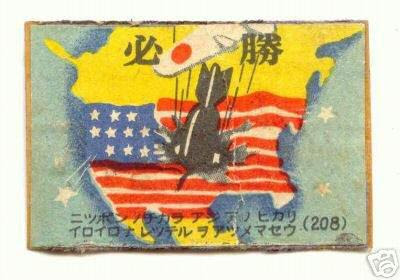 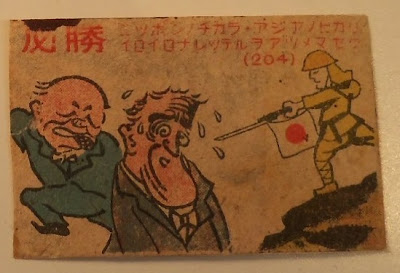 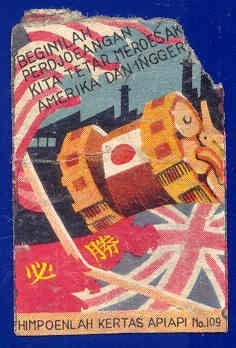 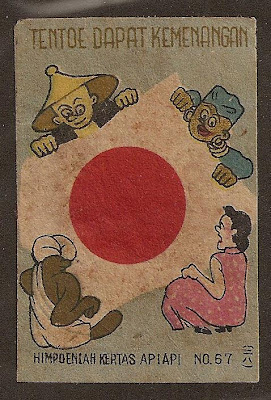 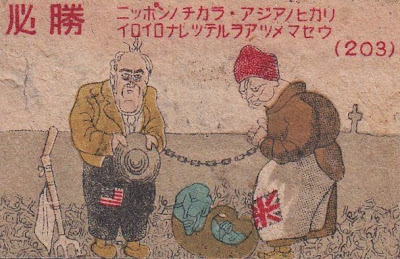 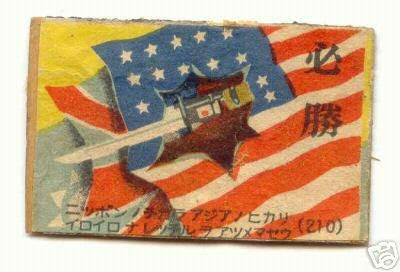 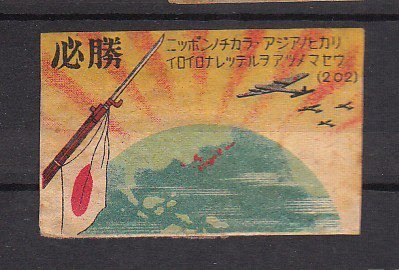 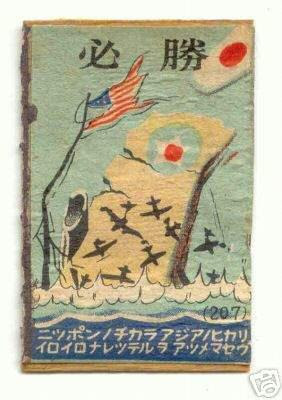 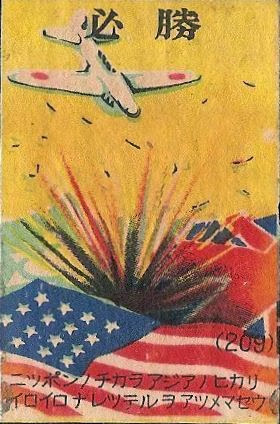 "During the war the Japanese flooded Shanghai with anti-American and anti-British propaganda, including this image from a matchbox cover. It depicts a Japanese plane dropping a bomb on the U.S. and British flags. Shanghai, China, between 1943 and 1945". [From the USHMM special exhibition Flight and Rescue.] — Joseph Fiszman; US Holocaust Memorial Museum - Collections 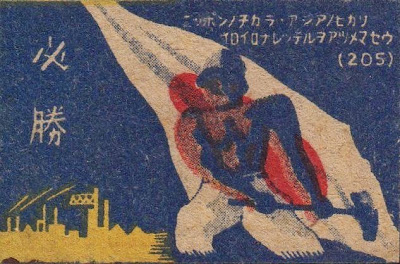 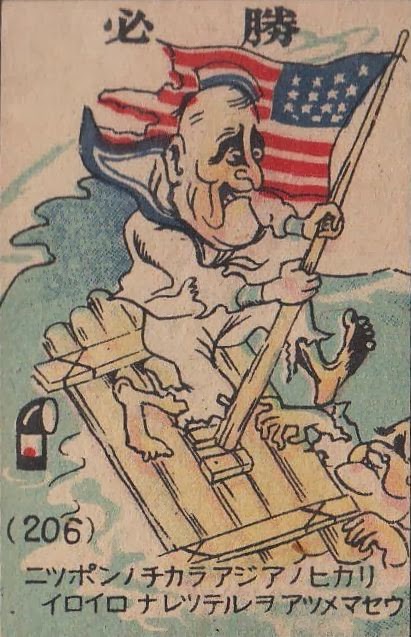 "This image from a matchbox cover, depicts United States President Franklin D. Roosevelt--dressed in rags, on a raft in the ocean, and holding onto the U.S. flag--in the view of a Japanese submarine periscope. Shanghai, China, between 1943 and 1945". [From the USHMM special exhibition Flight and Rescue.] 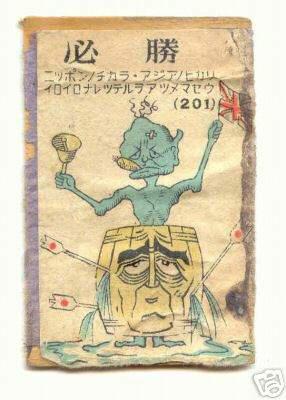 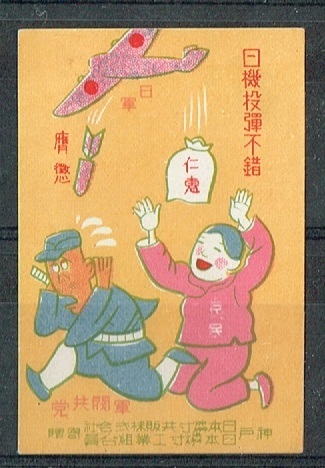 Hi Arnon
My name is Kevin from Sydney, Australia. I collect matchboxes and labels myself and I randomly found your website page while looking for rare labels. I really like the Japanese propaganda labels you have displayed. Are they sought after by collectors?
Regards
Kevin